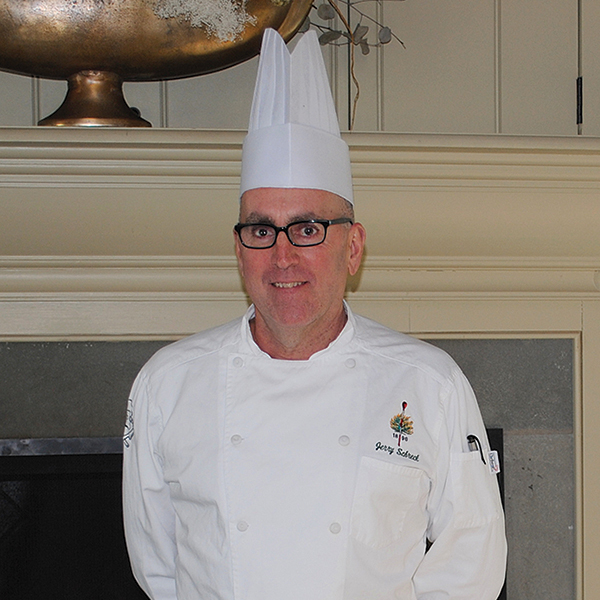 Chef Schreck will say that hosting the 2013 U.S. Open at Merion was the highlight of his career. During that week, his team served 4,000 to 5,000 covers per day inside and around the small footprint of Merion’s clubhouse. Another highlight was serving a dinner of past U.S. Open champions on Tuesday of that week.

Chef Schreck is a three-time National Mushroom Cook-off champion. In 2019, Chef Schreck had the distinct honor of being inducted into the prestigious Honorable Order of the Golden Toque.

Since 2005, Chef Schreck has written a monthly “Chef to Chef” Q&A interview column for Club + Resort Business magazine. His conversations with over 100 club chefs from around the U.S. have been presented through this popular feature.

Chef Schreck has served as National Program Coordinator of the Chef to Chef Conference since its inception in Las Vegas in 2009.

Chef Schreck and his culinary team have doubled F&B sales at Merion Golf Club since his arrival, and he credits his Conference work, networking opportunities and Chef to Chef interviews for greatly contributing to that success.

Chef Schreck lives in bucolic Chester County, west of Philadelphia. He and his wife Lucinda enjoy their quiet country home and visits from their five grandchildren.